Allen Organ Studios of Atlanta, Inc., is headquartered in Atlanta, Georgia. We are the representative for products of the Allen Organ Company built in Macungie, Pennsylvania, the largest builder of organs in the world. Our customer base has been growing since our beginning in 1958. We now proudly serve North and Central Georgia (including the Atlanta, Augusta, Columbus and Macon areas) and south central Tennessee. We look forward to sharing our excitement about Allen products with you and demonstrating the many reasons why Allen is the industry leader. Please check back often for installation, product and event updates. 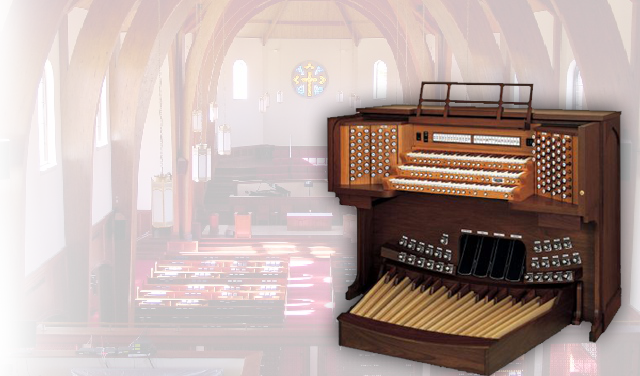 The AOS team subsequently drove to Rhode Island and spent a week installing this instrument in its new home. The sanctuary itself provided a wonderful acoustic setting, with the organ spread across chambers on both sides of the chancel/choir area. The previous pipe organ had fallen into disrepair and was too costly to maintain and rebuild. The Allen organ, with it’s expansive stoplist and 16 channels of output, offers the organist a voice pallet previously unavailable on the pipe organ. The stoplist and pictures can be viewed below.

A pair of video recordings were also made after installation and voicing were complete.